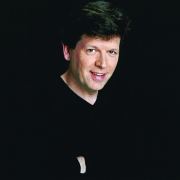 When Jeff Lindberg, professor of music, set out to transcribe legendary jazz musician Billy Strayhorn’s renowned composition for horn and piano, Suite for The Duo, recently, he was continuing the decades of work he has already done to make Strayhorn’s music accessible to musicians and audiences everywhere.

Yet even after spending so much time studying the music of Strayhorn, who was Duke Ellington’s principal collaborator, Lindberg said Suite for The Duo “was the most difficult transcription I’ve had to realize.” The piece is as notable as it is complex.

“Because Billy Strayhorn served as Duke Ellington’s principal collaborator, the vast majority of his musical output was aimed at meeting the expectations of Ellington or the needs of his band. Thus, each of the original works Strayhorn created without such constraints carries significance simply because it is a product of Billy’s unique artistry. Strayhorn’s work, Suite for The Duo, is also notable for both the motivation and the timing of its composition. He was inspired to write it for horn player Willie Ruff and pianist Dwike Mitchell after he heard them play together one summer night in 1967 at the Hickory House, a popular New York emporium. It must be noted that Dwike Mitchell contributed a great deal to the work through his improvisations which have been transcribed from the original recording and notated in this new edition. As for the timing, Billy Strayhorn died following a protracted illness, so it is possible that he sensed his life was nearing its end when he wrote Suite for The Duo. If so, the piece may also hold significance as a window into the unique soul of an artist facing his own mortality,” Lindberg said.

Suite for The Duo’s transcription was published by Hal Leonard after Billy Strayhorn Songs, Inc., commissioned Lindberg to turn a recording into notes on a page. Jack Gallagher, emeritus professor of music, assisted Lindberg with the editing of the piece.

Strayhorn isn’t as well known as Duke Ellington, but Lindberg said the musician’s work is being rediscovered more than 50 years after his death. The Great American Songbook Hall of Fame inducted Strayhorn last November, an event Lindberg said was long overdue. “He wrote some of the best-known American Songbook standards, including Chelsea Bridge and Lush Life, which he started writing when he was still in his teens. His classic Take the “A” Train, is often ascribed to Duke Ellington because it was the Ellington band’s theme song. Strayhorn also wrote the lyrics to many of his songs; Lush Life is described by many as a perfect pairing of lyric and melody.”