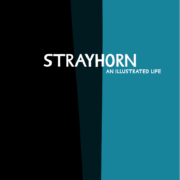 “This lush paean to the composer explores the challenges he faced of being both black and gay, and his commitment to his own four freedoms.” —The New York Times

Strayhorn: An Illustrated Life is a stunning collection of essays, photographs, and ephemera celebrating Billy Strayhorn, one of the most significant yet under-appreciated contributors to 20th century American music. Released in commemoration of Strayhorn’s centennial, this luxurious coffee-table book offers intimate details of the composer’s life from musicians, scholars, and Strayhorn’s closest relatives.

Perhaps best known for his 28-year collaborative role as Duke Ellington’s “writing and arranging companion,” Strayhorn has emerged in recent years as an even more meritorious force in shaping the jazz canon. Strayhorn begins by describing Billy’s abusive upbringing and early success, and goes on to cover his music, family, intellectual pursuits, involvement with civil rights, and open homosexuality.

Strayhorn: An Illustrated Life can be purchased at Amazon.com