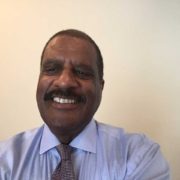 During the mid 1990’s, my career interests and the development of a family organization (Billy Strayhorn Songs, Inc. “BSSI”) merged. I began to consider the legacy of my uncle, the late American historical composer, Billy Strayhorn. As our family organization continued to develop, my efforts to contribute in a meaningful way came to the forefront.

In 2009, the Board of Directors approved my position as Vice President. Critical to this responsibility was the need to write and clearly define BSSI contractual standards relative to our corporate boiler plate. I ultimately developed and processed various revisited & new administrative agreements & contracts.

As a BSSI board member, my assessment of numerous BSSI solicitations for various potential business interests (some sanctioned by our Corporate Legal counsel) has enhanced our collective decision making process. Ultimately, contractual interpretations/assessments, evaluation of conclusions and final implementation are validated by the consensus of BSSI Board leadership.